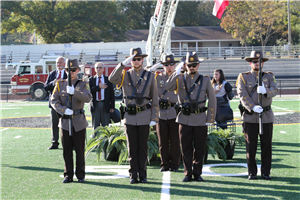 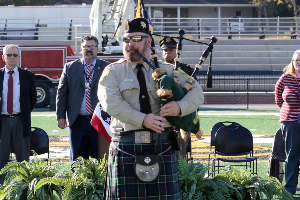 We had an outstanding Veterans Day Program last week. I want to send out a BIG thanks to Mr. Gallahar for his tireless commitment to planning this event. This is important to our school, staff, students, and community and Mr. Gallahar puts in a lot of time getting this program together. Great job by Mrs. Luke and Mr. McDaniel with the choir and band performances. They were great! I am so proud of our students! 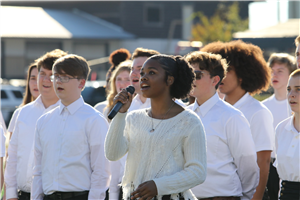 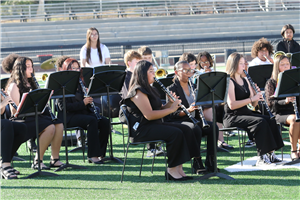 Our guest of honor was Colonel Eric McCoy, Commander of the Anniston Amry Depot. He is from Baltimore, Maryland, a distinguished military graduate of Morgan State University with degrees from Central Michigan University, Georgetown University, and the U.S. Army War College. 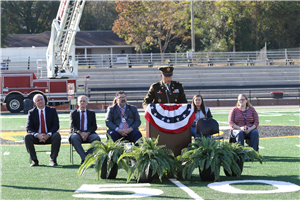 Colonel McCoy served our great nation in various states and around the world including Korea and Afghanistan. Colonel McCoy has also served as a teaching instructor at the prestigious U.S. Military Academy at West Point, New York.

He followed those leadership commands in Schofield Barracks, Hawaii as the Chief of Sustainment for the 25th Infantry Division. 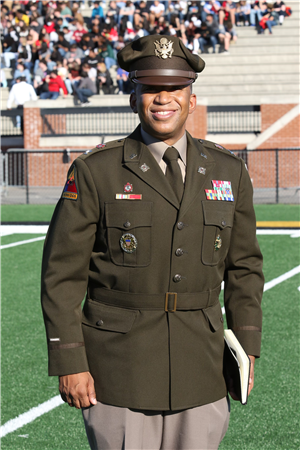 OHS thanks Colonel McCoy for his service to our country!

Click here to view the program in its entirety.